TALK TO AN ATTORNEY

SIGNIFICANT CASES IN THE NEWS

Airport baggage handler who stole guns for pot gets 18 months

“The 5th U.S. Circuit Court of Appeals Monday night blocked today’s scheduled execution of a prisoner for killing a Houston grocery manager after a robbery.”

Houston Chronicle, November 2, 1994
“A gay rights activist accused of biting a police officer who dragged him from a Jerry Falwell speech for heckling the speaker in 1992 was cleared Tuesday when a prosecutor dropped the charges. (snip)… Sawyer was one of several activists who interrupted Falwell, a nationally known religious leader, in town during the Republican National Convention. (snip)… Defense attorney Daniel Wannamaker said, ‘my hats off’ to prosecutor Pat Stayton, who agreed that there was a lack of evidence to try the case.”

Mobile Register, September 18, 1996
“A Florida man who pretended to be a deputy U.S. marshal … is a ‘braggart,’ but not a criminal, a Mobile federal judge ruled. U.S. District Judge Charles Butler acquitted Dana Lashawn Jones, 31, of charges of impersonating a federal officer.”
Citizens Brave, But Not Cops. Their endangerment can’t bring stiffer sentence for robber, rules appeals court.

Fort Worth Star-Telegram, November 3, 2002
“A four-year federal probe of long-distance phone fraud at a defunct North Texas company will be laid out Monday when prosecutors begin their case. It is the first criminal case against anyone accused of “phone slamming,” the practice of tampering with people’s telephone bills, Assistant US. Attorney Ron Eddins said.”

“A former Colleyville councilman and five other men charged with long-distance telephone fraud awaited a verdict after arguing Thursday that they followed the letter of the law and never intended to bilk their customers.

…Dan Wannamaker, Anthony Strother’s attorney, said that the brothers did not know about the customer’s complaints and that their company was using boxes similar to those used by MCI other long-distance companies.

‘The Strothers weren’t in-house. They were down in Austin,’ Wannamaker said. ‘The type of marketing they used was the same type that the big boys used. The problem is, in the hands of someone like Mr. Garey, it goes to excess. It goes up his nose.’”

Fort Worth Star-Telegram, November 11, 2002
“A former Colleyville councilman and five others men were acquitted Friday of all charges related to long-distance telephone fraud in which prosecutors said the men had bilked customer… Acquitted of 18 charges of mail and wire fraud and conspiracy were… Anthony Wayne Strother.”

Austin American-Statesman, February 1, 2005
“Lawyers for several indicted former officials of the entity that manages Texas’ electric grid said Monday their clients committed no crime and suggested the charges might be politically motivated.

…Wannamaker noted that Abbott displayed enlarged photographs of the indicted men at his news conference-‘big poster boards with everybody’s pictures, as if he’s Donald Rumsfeld and these are pictures of the al-Qaida guys that we’re trying to run down.’”

Jury trial of a man charged with Mail Fraud in an 18 count indictment. The case was designated "complex and voluminous litigation."

Daniel Wannamaker has successfully represented high profie clients and has more trial and appellate experience than most other attorneys. He has obtained a rare Presidential Pardon from President Obama for a client who was formerly with the U.S. State Department.

Mr. Wannamaker is one of just a few attorneys in Texas to be board certified in both criminal and appellate law by the Texas Board of Legal Specialization. He practices in both federal and state court, handling, most notably, federal white collar fraud cases, narcotics cases, cyber crimes, asset forfeitures and complex litigation. 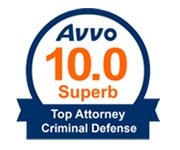 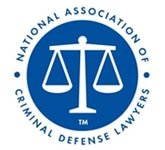 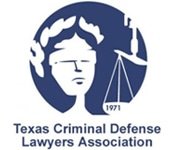 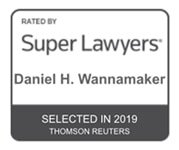 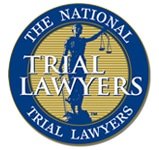 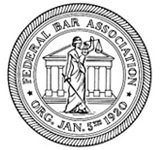